8218 readings
2014-02-01
Jazztel is carrying out a very aggressive campaign, with great offers and facilities, such as paying you the penalty of your current company, but is it really a better operator, or are you going to fill yourself with shit anyway? 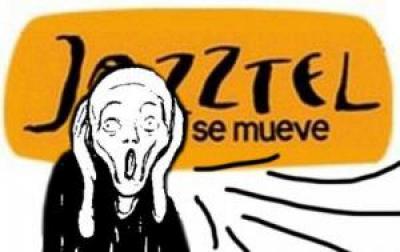 As a individual, I was a Orange mobile customer since before Orange existed (with Amena).

I became self-employed and continued to work. I used my private cell phone, and I hired a phone. Orange ADSL.

I grew up professionally and founded a company. I wanted to put these telecommunications services under my company, as owner. Orange told me that I was penalized for breaking the private contract. Even the commercial for Orange companies recommended that I wait until the permanence was completed to pass everything on to the company.

Okay, I wait, but the permanence is long. contacted with me Jazztel, which is making a very strong campaign to attract customers from other operators. They offer good prices and even pay the Orange penalty. And all this without commitment to permanence, although, of course, the commercial does not tell me that if they pay me the penalty, then yes: I enter into a permanence commitment. I have to read that on my own in the conditions that appear in Jazztel website.

Ok, I don't think it's bad, I talk to the salesperson again and insist on the issue that worries me: put my landline telephone, my ADSL and my mobile under the name of the company, since I work from home and it is an expense that corresponds to the company. I tell him about the problem I have in Orange, with the drawbacks to change from an individual to a company. He tells me that nothing is wrong, that at Jazztel they will put everything in the name of the company. But it is easier if we make the change and portability keeping the owner, and then once I am a Jazztel customer I can call them and give them my company details.

Now, writing it down, it seems obvious to me that I was being deceived. But that is the basis for falling into deception: hearing what we would like to hear.

Well, I'm already a Jazztel customer, have I said what? cool? what? Shit! I'm calling to tell you to put my company as the owner of the services I receive, or at least for billing. Many of you already know the answer: "We're sorry, but you can't".

Cases like this are causing, in the same way that many people are Switching to Jazztel, not even a week goes by and they are already requesting leave. They come out bounced.

I don't want to say that Jazztel is worse than the other operators, but simply that it's not better. Now here near.

Everything is a reflection of the same shit.

What can I recommend you? If you already "belong" to a company, I hope it's Ono or Telefonica [...]. If you're not tied to any, I hope you don't.

How did it go the change of operator?

Having made the decision to leave Jazztel clear, the question was to which operator now. The choice was Orange (ironically), since we had another mobile line there, under the name of the company, and the intention was to group everything together.

Once I contacted and explained the situation, they told me that there was no problem, that I could transfer the mobile, landline and ADSL from Jazztel (private owner) to Orange (company owner) without problem. So, go forward.

Of course, when Jazztel received the portability request called me; to ask me why I changed, and such. I tell them about the problem of changing the headline and they tell me that yes, they can do it. My answer was that that's what I would have liked to hear yesterday, today it brings me lazy.

Unlike Jazztel, which seems to have prepared everything for a few days before proceeding to the portability and consequent cancellation in Orange, with which I had everything working from one day to the next, without accusing a cut in the service, Orange, on the other hand, the first thing he did was request the portability, and my cancellation in Jazztel was the day after calling Orange. Okay, what's the problem? That I have been more than two weeks without ADSL, and Orange telling me that it could take up to 25 days. For a web development company, this is simply a big mess, even more so when they don't give you any alternative, what we have had to do is pull the mobile data connection, which he is that fumes and about to reach the transfer gigabyte.

On top of that, Jazztel, with which I barely got to work. to stay a week, he billed me for a week. two months, on the grounds that the month change day was within that week. Laughing, great shit.

Another big bummer is the ADSL connection (currently with Orange), which suffers from exasperating cuts and slowness from time to time, spending almost a whole week without being able to work. For a company whose field is the Internet, this is the big shit.

The truth is that one imagines hundreds of things, but if I can understand anything, it is that these large companies are a conglomerate of small companies, and these are the ones that tell you that you cannot change the headline, or this or the other, because they would stop winning with you. For example, sub-companies that have only private clients would not want the contract to be transferred to the company.

Little more. Well, I will add: that the price of telecommunications in Spain is a robbery close to extortion, and people are so happy with their whatsapp, that "it's free".