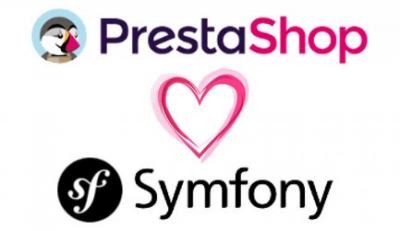 My first reaction when I found out that PrestaShop will go overboard. to Symfony was WTF? Today, several weeks later, it is still What The F...?

Apparently, PrestaShop knew Symfony and the crush was so strong that "the team" of PrestaShop decided adopt this framework.

Don't get me wrong, the Symfony framework is great, but a system that has taken years of development to spend like this? as well to another system? Nothing happens, they have thought from PrestaShop, it is done little by little, we will start with the next 1.7 series where the current code will already coexist. together with Symfony, and we will be releasing versions where the sections are gradually adapted to Symfony. We are changing the Smarty templates for Twig, and let the module developers adapt their work as well. WTF?

I humbly believe that PrestaShop has problems and improvements to be made that are much more necessary than changing the core (and template engine), especially when the change is going to be quite traumatic. A better solution to start working with Symfony would be a separate development: develop a new online store system, based on Symfony, and on the experience of PrestaShop. Come on, a copy of PrestaShop made from Symfony, to which once finished it would be easy to migrate from a traditional PrestaShop store. This migration thing would be the key point.

Those of us who have experience with PrestaShop are beginning to get tired of the decisions of those who run this ship, honestly, we have a lot to thank them for, but we can't help but make a face of... WTF?

The explanation from PrestaShop:

Almost six years later, the Symfony implementation only covers some areas of the backend, and nothing of the frontend. Although some of these areas are as important as product management and order management, where very considerable backwards compatibility problems have been caused, by disabling the way in which customizations could be made on those sections before, without giving an alternative.

Previous new: RealDownloader, a ghost behind FireFox and Chrome