RealDownloader, a ghost behind FireFox and Chrome

4518 readings
2015-09-10
I recently had this problem: FireFox and Chrome seemed to be revisiting the pages of each tab in the background, transparent to the user. But the real ghost visitor was RealDownloader. 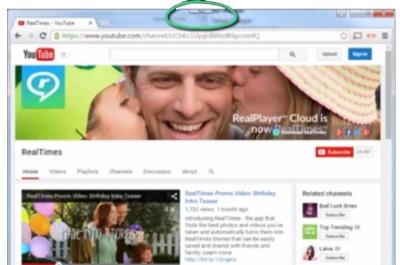 I started to observe this:

Whenever I visited a page, Firefox made the corresponding request, and one or two more in the background. If I switched tabs, coming back to the tab would make one or two more requests to the page, completely transparent to the user, and in apparently separate processes. Furthermore, it turned out that typing a URL in the address bar and without hitting Enter (without actually loading the page in the tab) Firefox had already made two requests to that URL. I went to another application, and when I returned the focus to FIrefox, it made two new requests to that URL, from a page that I haven't wanted to load yet and therefore I don't even see it.

This was so. both in normal mode and in safe mode, even having uninstalled and reinstalled FireFox. Also deleting my user profile and with all plugins and add-ons deactivated. I try to install the version of FireFox for developers, and it has the same problem.

For me It's crazy, my favorite browser crashing and I can't find anything in the forums or Mozilla support about this problem. I ask a couple of colleagues to try it and it doesn't happen to them, but it does happen to me, yes, both on my laptop and desktop!

I'm considering changing browsers, I see that Internet Explorer doesn't have the problem, the new Edge doesn't either, but Chrome does!

Does it seem like a small problem to you?

It is not! Aside from the massive number of unnecessary page requests, it was causing me significant problems at work.

Imagine that you are a web developer, and that you have a PHP script (a little web program) to perform various tasks in an automated way. Imagine that you are going to execute that script from your browser and it turns out that it starts executing in triplicate. That while it does its job you change the tab and when you come back it throws you two more executions as a gift, without you being aware of it. you don't even notice Then, you're going to check what's wrong. So it has gone for you and it turns out that you see it still doing things, without stopping, that you close your browser, and simply typing the URL of the script, it is ready. running again (without you having hit load the page).

It was precisely by using a script and appreciating this anomalous behavior that I realized that unwanted requests were taking place.

One of the suspects was RealDownloader, a RealTimes (former RealPlayer) utility for downloading videos from web pages, which runs when the computer starts up, running in the background, and which It adds a kind of tab to FireFox and Chrome, but in IE and Edge the behavior is different (it adds a download button on top of the video that appears on the page).

RealDownloader is not a FireFox plugin or a Chrome extension, but something separate, so it kept acting even in FireFox safe mode and disabling plugins.

Apparently the developers of Real came up with the idea. The great idea that your little program visits the page of each tab, at least, every time it regains focus, either by changing tabs or application windows, also for two times. Maybe they needed it, because the URLs of the videos are usually not fixed, but it's a blast!

Several ideas occur to me to economize on this behavior, I suppose that the people at Real will get to it, meanwhile I leave RealDownloader disabled so that it doesn't interfere with my browsers. However, in favor of RealDownloader, I have to say that its task of downloading videos from web pages is excellent.

Now I can continue with FireFox, long live!